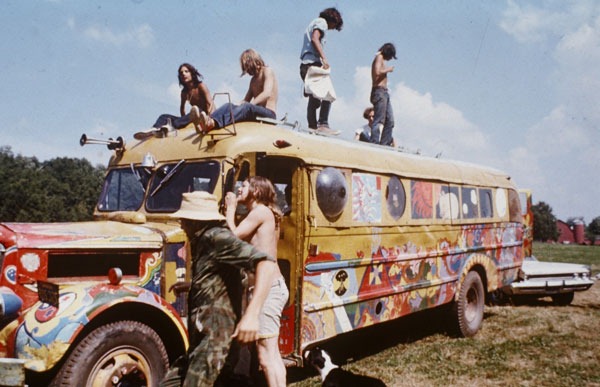 Were this book not based on one of the most sensational crimes of the last century, I wonder if it would have garnered so much attention from its publishers & from the reading public. For some readers it seems to be a roman a clé, a fictionalized account of the Manson cult & their murders. (To avoid libel suits? It’s hard to imagine what could cause any more damage to the reputations of Charles Manson & his followers.) Other readers see a reflection of the personal or political legacy of that period we still call, “the sixties.” I was intrigued by how a young author dealt with the historical archaeology of nearly a half-century ago. A reference to an “air travel card” brought me up short. I think it was the first “credit card” I ever saw (my father had one) & required a mammoth deposit; businessmen (they were of course nearly all men) carried them. Still, by the mid ‘60s I’m pretty sure American Express & Diner’s Club cards were fairly common, and the first bank cards as well. One change from the historic original I very much like is the switch of the geographic center of the story from Southern to Northern California. The Bay Area was the artistic & spiritual epicenter of that convulsive era.

The story is told by the same narrator, Evie, @ two periods in her life, @ 14 when she becomes involved with the cult, & @ the present time where she barely gets by as a “live-in-aide”; I inferred that having experienced far too much @ an early age, Evie has somnambulated through much of her adult life. As a depiction of the anomie & bogus spirituality of the period, I thoughtThe Girls was absolutely superb. When the 14 y/o Evie encounters Suzanne, who invites her to visit “the Ranch” we see how for the 1st time Evie feels a sense of belonging, something neither of her estranged & totally self-absorbed parents can give her. The cult leader, called Russell in this novel, delivers wonderfully plausible tho’ completely vacuous pseudo-profundities that brought back for me vivid recollections of the phony pundits & gurus that abounded from the Monterey peninsula all the way to London’s Tavistock Square.

Tho’ I normally avoid historical fictionalizations, basing this story on real events made it better because I knew pretty much how it had to end, so didn’t have to worry about solving a mystery. The pleasure was that which one usually enjoys reading a book only for the 2nd time; I could concentrate entirely on the characters & the moral & spiritual aspects. We know from the start that Evie is not going to participate in the murders – she barely manages to commit even shoplifting – so our only concerns are discovering how she manages to remain uninvolved, & what the after effects of her experience will be. Here is where my verdict is mixed.

The 14 y/o Evie’s account of her relationships with her parents, her previous BF, & with her new friends in the cult, especially with Suzanne, are excellent. Some of us have had the experience in early adolescence of 1st finding a friend who seems truly to understand us & to attract our admiration & even adoration – to be drawn to someone who already seems to be the person we’d aspired to become without even knowing it. If that person is genuinely virtuous, better yet even, holy, we may be put on the strait way to perfection. But if it is someone who is superficially attractive but inwardly deeply flawed & harboring dark impulses & desires, we have a guide to take us on the downward path to plumbing the depths of our own depravity. I believe it is only right that we should blame Evie’s parents & the general spiritual slackness of our culture for placing her in such danger. It interested me that tho’ she did not want to go away to boarding school, one she got there Evie actually rather liked it & got on well with her roommate. She needed & found somewhere to belong, even tho’ when Suzanne drops by, Evie is all ready to jump back onto the bus.

But I found the older Evie a disappointment. In the retrospective narrative she shows a lot of evidence of having learned how the world works, but she does not seem to have developed into the mature and centered woman whom I should have hoped would have emerged annealed & purified by her youthful experiences. Having gazed deeply into the Abyss, she might have developed into a person of greater moral & spiritual stature. She seems to have graduated from the School of Experience with barely a 2.0 GPA. Fortunately she is only about 60 & believe me, that’s not too late for serious adult spiritual education.

So 5 stars for the teenaged portions, but the mature Evie scarcely earns 4. Sill, for GR purposed, I’ll round off @ the whole 5 stars. Thank you all you GR friends who recommended The Girls. I’ll think about this book a lot.

2 thoughts on “Review of The Girls, by Emma Cline”