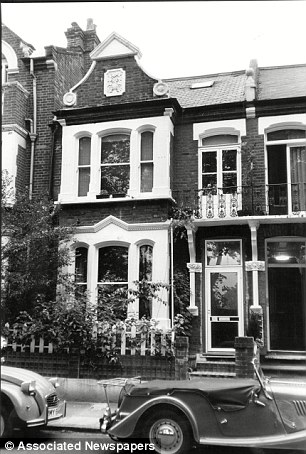 Untouchable is the third crime novel by Sibel Hodge that I have read & enjoyed after Look Behind You & Where Memories Lie. All deal with current issues: domestic abuse, dementia & now child sexual abuse. The word ‘enjoy’ seems inapt for such subjects, but as Aristotle taught us, we enjoy good artistic imitations of things that are hideous to experience in reality, & I found that to be the case with Untouchable. Initially I hoped that the author was exaggerating & such a horrible pattern of systematic mistreatment & exploitation of children could scarcely have occurred in a civilised country in our time. To be disabused of that comforting illusion, all that was required was simply to type the words “Elm Guest House” into Wikipedia. (The lovely 4-seater Morgan motor car doesn’t deserve such an evil location, but I couldn’t resist showing it.) The chief pleasure in reading this book is the moral & spiritual satisfaction of seeing the perpetrators punished as the result of the efforts of the main character, who starts by trying to find out why her boyfriend Jamie should seem to have killed himself just as he on the verge of proposing to her.. As in the previous novels written by Sibel Hodge that I read, she creates very appealing principal characters who despite feeling overwhelmingly threatened & inadequately equipped to deal with the evils they encounter, yet press on, not so much overcoming their fears than simply doing what is right despite them. Maya is a character I so liked & admired.

Much as I admire the moral & spiritual quality of Untouchable, though, and am grateful to the author for her sensitive treatment of this horrifying subject, I cannot join so many of my Goodreads friends in awarding the full five stars. There are simply too many artistic flaws. But as happens with good but imperfect stories, we can learn from the faults. Giving the very ordinary main character a sidekick who is an ex-SAS soldier with all the physical & technical skills and equipment (night vision googles, Glock pistol, etc.) to inflict mayhem on the perpetrators seems like cheating & makes things to easy both for Maya & her creator. Most of the evildoers, especially those in high places, are little more than names, particularly the final villain. Were I attempting a story like this, I would endeavour to introduce these characters earlier, and tho’ their crimes can’t & shouldn’t be mitigated or excused, I’d try to show them as @ least human, however depraved their appetites, perhaps some with families & children of their own. Plot also needed some work. When we reach about 2/3 of the way, we know everything about what happened, so it’s just a case of going into thriller mode to wait for Mitchell the ex-SAS trooper to take care of business. Also, I didn’t really believe in the almost omnicompetence the evildoers showed through much of the story, including being able to take over the computer of a motorcar by remote control & crash it with the driver inside. I don’t think so.

But despite artistic flaws, Sibel Hodge writes exciting and satisfying stories, & I am eagerly awaiting her forthcoming novel Duplicity.