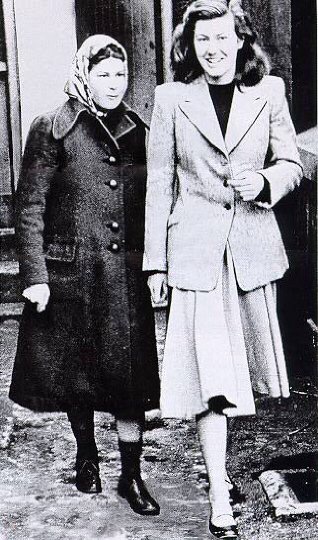 I wish Anne Perry would write a memoir telling what it was like to have been Juliet Hulme & what the friendship with Pauline Parker felt like from within. Of course it’s Perry’s life & it’s obvious she prefers to sink Pauline & Juliet & the entire episode into oblivion. But that tragedy so long ago & far away will continue to haunt us. Anne Perry & the Murder of the Century – I much prefer the earlier title So Brilliantly Clever: Parker, Hulme & the Murder that Shocked the World – seems as good an account of the case from an external factual & legal POV as we are ever going to get. Unfortunately a society has to deal with such an event & the persons seen to be responsible according to its own cultural values, which in 20th-c. New Zealand meant a criminal trial to determine whether the girls were guilty or innocent. As there was no question that the girls had killed Pauline’s mother deliberately by striking her head with a stocking containing a brick, the only possible defence was for their counsel to try to prove that the girls were insane, & given the very narrow definition of insanity that Anglo-Saxon jurisprudence requires, not surprisingly they failed. For me the girls were not insane, but they had travelled far beyond our criteria of legal guilt & moral evil.
‘I finally see . . . that guilt & blame & responsibility aren’t the same things at all. They’re not even close,’ Natalie Haynes has her narrator remark in a novel also about a teenaged murderer (The Amber Fury, p. 105). That sums up my perplexity about the Parker/Hulme case – that our legal & ethical concepts of guilt & responsibility seem somehow irrelevant to something that could be the subject of a tragedy by Euripides. One might as well ask whether Agave & her sisters were guilty of the death of Pentheus in the Bacchae or Medea of the death of her children. A different, perhaps more ‘primitive’ culture might well had seen Gina & Deborah (as the girls had restyled themselves) as under the control of powerful daimons & been conveyed to another world where the ultimate value was preserving their relationship, which they thought they could save by killing Pauline’s mother.
Gina & Deborah constructed their own private mythology, largely out of bits & pieces of contemporary popular culture, tho’ very high quality popular culture. Among their icons were James Mason, Orson Welles, & Mario Lanza, & such films as The Prisoner of Zenda & The Third Man. Conceiving how their imaginary world collided with what we call ‘reality’ is almost like fancying the Brontë sisters murdered their father Patrick – with Emily as the ringleader! Gina even had a name for their imaginary realm, the Fourth World.
Peter Jackson’s film Heavenly Creatures, the name given the girls in one of their poems, comes as close as anything we have to letting us see what it would be like to live in the girls’ world, with the film’s strange prosthetic dancing statues representing the divinities in the girls’ pantheon. But we can hope that someday a truly excellent imaginative writer will base a novel on this story. I imagine it might be something like Donna Tartt’s The Secret History or Tana French’s The Secret Place, but even more beautiful & eerie.

One thought on “Review of Anne Perry and the Murder of the Century, by Peter Graham”