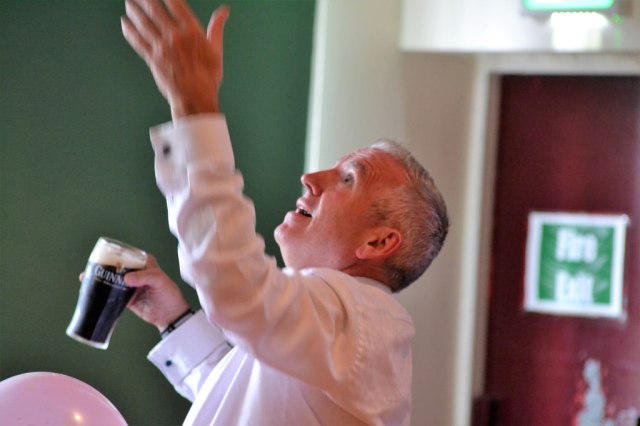 There were two scenes that perfectly caught the cultural and spiritually maimed existence of the characters in this novel. Billy’s relatives from America visit the family in Ireland: “Ted gave Davy and me our first drink in the woods when we were thirteen, bottles of Budweiser stolen from his father’s stash under our sink. I fell in love with alcohol that day.” Who on earth would import American Budweiser – a feeble concoction Americans serve so cold as not to have to taste it – to Ireland? Rather like taking your Chevrolet to Stuttgart. And there’s Billy’s atheist father in law Tony, who is diagnosed with cancer: “He had a go at the hospital chaplain earlier. The poor man [sic] was chatting with one of the nurses in the middle of the ward, minding his own business, when Tony leant forward and yelled, ‘Well, hello, Reverend. You hovering round the sick and the vulnerable again? . . . It’s the only time your lot get any attention, when the grim reaper’s calling. That’s when you start the scaremongering and they all come running. Your bloody churches are empty the rest of time.’” As I happened to read that passage shortly after coming off call with the spouse of a patient who expired before our eyes at a Code Blue, I have to confess finding Tony somewhat less than endearing. (The above photo captures how I imagine him perfectly.)

Billy, age late 30s going on 18, lives in a Manchester suburb called Chorlton, with his wife Julie, dtr. Bridget and infant son William. Julie is terrified Bridget will end up at Priory Road Primary and would almost literally kill to get her into the more upscale Broadoak. There’s also the choice of St. Joseph’s (unlike in America, in England state schools can teach other faiths besides nihilism) but Billy’s not having any of that for his dtr, having been ‘educated’ by the ‘Christian Brothers’ in Ireland. As a teenager, Billy emigrated to England and devoted himself mostly to drugs, sex and alcohol, tho’ now he’s a father and approaching forty he is attempting to be sober and responsible. Julie suffers from what seems PTSD from being bullied at Priory Road, hence her aversion. Long before ‘the reveal’ any reader who knows anything about Roman Catholic religious orders will have a pretty good idea what happened to Billy. Altho’ he drives a lorry, Billy is supposed to be quite a sensitive and intelligent man who ought to have gone to university. We know this because he reads all the time (at least when he’s not drunk or committing adultery) and is especially fond of the short stories of Raymond Carver. (Carver was an American writer who specialised in stories in which nothing happens. If you used the fill-in-the-blank phrase “What we talk about when we talk about ______” in a a creative writing programme in the ‘80s, you were instantly hip.)

Which brings out the problem I had with this book. It deals with very serious issues of childhood formation, but the characters are far too shallow intellectually and spiritually to convey the tragic consequences of their abusive backstories or the experience the deep spiritual healing such wounds require. Instead they inhabit the world of popular psychology where we ‘get some help’ and the villains either repent (with the excuse that they were victims too) or go to jail. As sociology, the portrait of the Irish expat community in Manchester fascinated me, but Billy and Julie were simply too superficial to engage my feelings.