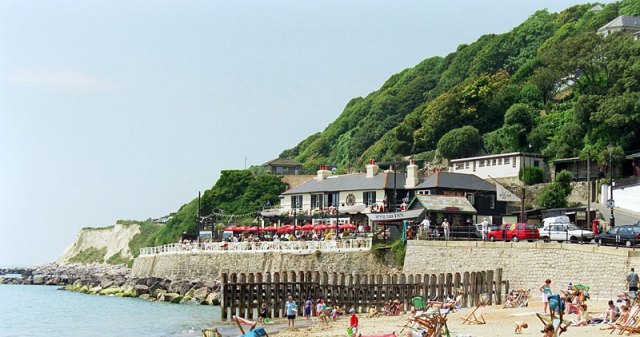 As authors mature they sometimes bring together the themes and characters from their earlier books and it is a pleasure that F. G. Cottam has chosen to do so with The Lucifer Chord, which combines elements from his first out-and-out supernatural novel The House of Lost Souls, featuring human sacrifices on the Isle of Wight staged by Klaus Fischer, with such infamous characters as Hermann Goering, Aleister Crowley and Dennis Wheatley (who wasn’t a villain in real life, just a poseur and snob without anything to be snobbish about who wrote enjoyable black-magic and witchcraft stories). There is also a reappearance by the insalubrious Jericho Society which first appeared in Dark Echo. Our principal character in The Lucifer Chord is Ruthie Gillespie, who herself first figured in the last volume of the Colony trilogy, Harvest of Scorn. As a preliminary to this novel, last year the author gave us his novella The Going and the Rise, which set us again on the IOW with Ruthie, the architect Michael Aldridge, and the Jericho Society’s demolished keep.

Again, Cottam uses a favourite device of the quest motif that he employed in The House of Lost Souls. A character is given a project that involves solving a mystery, that leads into a dark perilous journey into the past. In this case it is the disappearance of the rock musician Martin Mear: “He was believed to have been killed by electrocution while rehearsing for a concert in Morocco.” Observers at his concerts claimed they had witnessed him levitating. (In Fairfield, Iowa, not far from where I live, this is an almost routine occurrence!) Ruthie, who is a professional nonfiction writer as well as an author of children’s fiction, is commissioned by a dubious American referred to as “Carter Fucking Melville” to write a 20,000 word (at a quid a word) on Martin and his rock group The Ghost Legion, who after nearly half a century still have a fanatical following, somewhat like the Dead Heads. As the title of the book suggests, Cottam draws on folklore – the story of a guitar player so extraordinary that it was believed he had been taught to play by the Devil. Martin Mear is supposed to have invented a previously unknown guitar chord. (As did my idol Chrissie Hynde of the Pretenders as well.) Legionnaire’s reunions feature some strangely spooky occurrences. In her quest Ruthie’s journey covers the entire length of Britain, from Ventnor IOW to the Scottish Highlands, and involves encounters with mediums, Ouija boards, and a ghost driving an ancient grey Morris Minor, as well as a ghostly milk bar. (How it would have depressed David Holbrook to know that these destroyers of traditional working class culture would enjoy future life in the spirit world!) Finally we discover what became of Martin Mears, as well as for Ruthie’s relationship with the architect Michael. The pseudo-history in the background to the Jericho Society was not completely convincing. Supposedly in the early 1920s “two powerful exorcists” from the Archdiocese of Boston deactivated the American headquarters of that diabolical organization which was subsequently demolished by the FBI (which did not add “Federal” to its name till 1935) and that their “chalice now rest[s] in the trophy room at Quantico” (where surely Agent Clarice Starling was allowed to drink from it before encountering Hannibal Lector! That was a trifle too cute – I hope the author will forgive me!).

F. G. Cottam ranks alongside Andrew Taylor as the top current British authors of supernatural fiction. (Susan Hill is no longer at the top of her game, I fear.) In terms of the tradition of the classic English ghost story, I’d place Taylor in the line of M. R. James. Cottam reminds me more of Algernon Blackwood. Cottam’s fans will definitely enjoy how The Lucifer Chord ties together the complex mythological system that began with The House of Lost Souls and Dark Echo, and continued through The Colony trilogy. If you are new to Cottam, I’d recommend you first read his novella The Going and the Rise, as well as Jan Olandese’s Infectious Ghosts: Contagious Magic in F. G. Cottam’s Dark Echo and The House of Lost Souls. It is a huge privilege for contemporary readers of supernatural fiction to have the chance to enjoy so productive a writer as Francis Cottam.