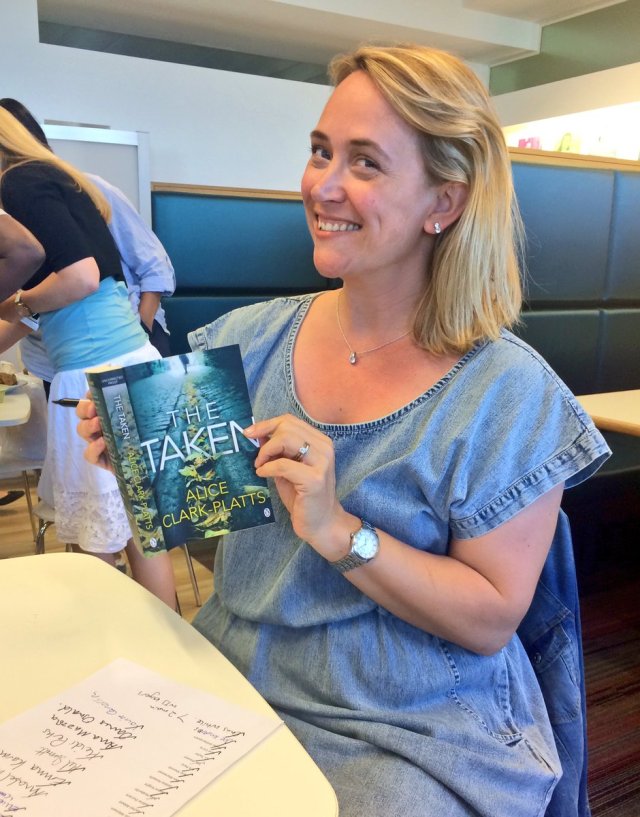 If you like delicious meals made from off-the-shelf ingredients, you should enjoy Alice Clark-Platts’ The Flower Girls. What happens after underage murderers are released has been the basis of numerous thrillers: my favourites of all are Alex Marwood’sThe Wicked Girlsand Elizabeth Little’sDear Daughter. Here two decades ago two sisters, Laurel and Primrose (hence the title), aged 10 and 6, were charged with the torture killing of the little 2-year-old Kirstie. Laurel was tried and convicted, and at age 18 moved to an adult women’s prison, where she is still incarcerated. Primrose was too young to be held legally responsible. (That too was the basis of Andrew Taylor’s absolutely brilliant The Office of the Dead.) Primrose now has a new identity as Hazel, but whilst staying at a seaside hotel in Dorset with her fiancé and his daughter Evie, a little girl goes missing. Of course, we are not surprised at who becomes the number one suspect when Hazel’s real identity is found out by the police and the press.

Clark-Platts succeeds in giving a new twist to a familiar cast of characters: a police detective who most reluctantly becomes sympathetic to Hazel, a hack writer who sees in Hazel a bestseller, sister Laurel, embittered and still seeking parole from prison, represented by a broken-down solicitor who is her uncle, Kristie’s aunt, an avenging fury who wants to keep Laurel in prison for life (there is a similar blogger in Dear Daughter), and Hazel herself, grappling with the suppressed memories of what actually happened and her stormy relationship with her sister. (There is also a marvellously bitchy literary agent who all of us self-published authors will love to hate.)

Artistically it is not a perfect book. The present story of the missing child and the backstory run awkwardly and the twist that combines them will at least be speculatively foreseen by the experienced mystery story buff though hidden by a couple of really smelly red herrings. (Another Madeleine McCann knock-off, but an important clue will spring off the page in the reader’s face.) But the vividness of the principal characters will make this story impossible to put down. As Alice Clark-Platts is herself a human-rights lawyer, questions of justice, responsibility, and forgiveness arise, without any easy or obvious answers. (Personally, I think life without possibility of parole is worse than a death sentence, but given a criminal justice system where virtually all prosecutions are malicious, capital punishment is unconscionable as well. Yet the murder of a child is scarcely material for restorative justice.) Like The Wicked Girls, The Flower Girlsfeatures an example (two really) of generous self-sacrifice, but here the final twist indicates the beneficiaries scarcely deserved it. So I award four stars for literary quality, but five for moral and spiritual value. For those of us fascinated by conflicts between moral and legal responsibility, this is a splendid read.

One thought on “Review of The Flower Girls, by Alice Clark-Platts”